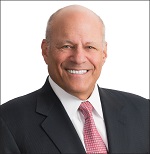 During the Holocaust, my grandparents were exterminated by the Nazis and my father escaped the Gestapo, fled to America, and opened a bakery. Learning about my family’s history was the largest influence in my becoming a lawyer, and a litigator. Growing up in the Perry Mason era of television, watching him try cases advocating for justice, combined with my family history, guided my choice of profession. My success in practice was influenced by the first actual lawyer I ever met. He was the professor of my first law school class, who counseled to “distinguish yourself from the masses.” 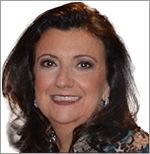 Regina Kelbon has represented senior creditors in complex out-of- court restructurings, workouts, bankruptcy, reorganizations, and other commercial lending matters, and Creditors’ Committees in complex Chapter 11 bankruptcy cases. Her leadership of Blank Rome’s Finance, Restructuring and Bankruptcy practice has grown the practice in key U.S. cities as a force in bankruptcy and finance cases nationally. Regina is a Fellow in the American College of Bankruptcy, and leads several professional bankruptcy and insolvency organizations, including the American Bar Association Business Corporate Governance Bankruptcy Subcommittee, Turnaround Management Association Network of Women, and the Consumer Bankruptcy Assistance Project for the Bankruptcy Court for the Eastern District of Pennsylvania.

For many years, Regina has been involved in preparing and serving holiday dinners and other meals for residents at Mercy Hospice homeless shelters for women in Philadelphia. Regina often volunteers on Senior Law Day assisting senior citizens with wills, advanced health directives and other estate matters. She also serves on the Strategic Planning Committee for the Catholic Social Services of the Archdiocese of Philadelphia.

From an early age, my mother impressed upon me the importance of a higher education and becoming a professional. When I was a teenager, my mom’s cousin, a Judge in the Philadelphia Court of Common Pleas, invited me to observe his courtroom and a trial. I did and was immediately hooked.

Who Would You Like To Switch Places With For One Day?

I would like to switch places with Guy Fieri for a day and travel around the United States to film episodes of “Diners, Drive-ins and Dives.” What a fabulous way to meet people, learn about their cuisine and enjoy what brings us all together – a home-cooked meal. 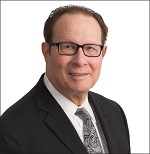 A Harvard Law School graduate, Frederick has written 18 books and over 50 articles about corporate and securities law and is an internationally recognized authority on business law. Fred’s book Corporate Governance Best Practices is suggested or required reading at several universities. The SEC cited his book Executive Compensation Best Practices in changing its public-company proxy statement requirements. His book Going Public was ranked among the top 10 business books. He lectured at Penn Law School, the Wharton Business School MBA program, and Temple Law School for a combined total of 13 years.

Fred co-founded in 2003 the Association of Audit Committee Members, Inc., a 500-member non-profit that promotes best practices for audit committees. Fred has served for more than 20 years as a Board member of the Abramson Center for Jewish Life, a non-profit that provides a nursing home and assisted living on a non-denominational basis for older persons who may not have adequate means to pay. He has been a Board member of the Greater Philadelphia Chamber of Commerce and a trustee of the Federation of Jewish Agencies of Greater Philadelphia.

My father was a poor immigrant and my mother never finished high school. However, they both insisted that I become either a doctor or a lawyer. Since I did not like the sight of blood, particularly my own, and I hated needles, the choice to go into law was easy.

What Advice Would You Give To Your 18-Year-Old Self?

Don’t worry about your acne, since it will clear up in 50 years; and if you decide to become a lawyer, choose a law firm that does not have a mandatory retirement policy and provides chocolate chip cookies, particularly the soft ones, to its attorneys without charge. 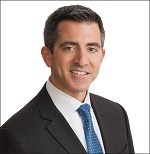 Dan is Chairman Emeritus of the American Red Cross for Eastern Pennsylvania, where he oversaw a merger of 13 Red Cross chapters into one. He is a founding board member and the first Chairman of Compass Philadelphia, and currently serves on the Boards of Hopeworks Camden, the SeniorLAW Center, and the Corporate Councils of the National Constitution Center and the Children’s Hospital of Philadelphia (CHOP). The Philadelphia Court of Common Pleas awarded Dan the First Judicial District’s Distinguished Pro Bono Award in 2016 for his and Blank Rome’s representation of a 90-year-old World War II veteran who was defrauded by a con man out of his home, his cars, and all his possessions.

I wanted to be a radio DJ. When that didn’t work out, I was a clueless history major who liked public speaking, so I went to law school. I didn’t really think I would be a lawyer, until I took a trial advocacy course toward the end of law school, and realized that I loved the courtroom—it was competitive, intense, exciting. 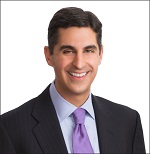 Steven has been fortunate enough to work on many exciting and interesting real estate matters in Philadelphia and around the country while practicing at Blank Rome. He represents many lenders in Philadelphia, and has worked on many construction loans for various projects around the city, such as 600 North Broad, Schmidts Retail and One Water Street. He says it is great to work on projects that enhance the livability of the city. His other career highlights include representing the purchaser of Worldwide Plaza in New York and the former owner of the Lipstick Building in New York in its restructuring of debt and ownership of the building.

Steven’s most meaningful pro bono matter was his long-term relationship with a client that ended in her owning her first home. From that case, he joined Philadelphia Volunteers for the Indigent’s board of directors, on which he’s served for four years. He is also a board member of Ryan’s Case for Smiles, an organization that provides smiles to children’s faces by delivering colorful, fun pillowcases to their hospital rooms, and provides resources to families suffering from PTSD as a result of a child’s illness.

I clearly had no lawyers in the family to guide me. Kidding, of course. I had planned to go into pre-med, but I loved politics. At William and Mary, I followed my Freshman seminar class called “Washington Power Brokers” with several classes that focused on the legislative process. I was hooked and switched my major from Biology to Government. While politics was not in the cards for me, it was the driving force for my interest in the law.

What Was Your First Car?