The Best of the Bar Awards recognize the Philadelphia region’s top attorneys whose work made a significant impact on the business world. Evaluated on the quality of achievements earned between June 30, 2017 and July 1, 2018, the honorees come from a variety of practices and firms. To view the full list of Best of the Bar honorees, please click here. 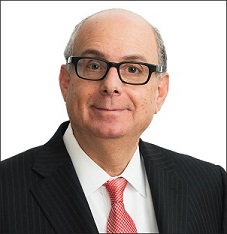 As someone who rewrote the city of Philadelphia’s zoning code, Kelsen has been involved in many of its most notable, large-scale projects as a zoning and land use lawyer. He represented nonprofit affordable housing and senior life services provider Mission First Housing Group in the $50 million New Market West re-development of a Philadelphia Redevelopment Authority-owned, vacant city block at 59th and Market streets expected to open next year as a community services and retail complex; Brickstone Realty Co.’s redevelopment of the 1100 and 1300 blocks of Chestnut Street in Center City; a mixed-use development project by the Corporation of the Presiding Bishop of the Church of Jesus Christ of Latter-day Saints that includes construction of a 32-story meeting house/residential/retail tower project at 16th and Vine; Dranoff Properties in the nearly complete One Riverside Park, an $85 million, 22-story condominium development in Fitler Square and an unnamed mixed-use family/condo/retail development project at Broad and spruce Streets; 500 Walnut, an ultra-high-end condo development by Scannapieco Development; Fashion District Philadelphia (the former Gallery at Market East) for the joint venture partnership with Macerich and PREIT that will contribute to Market East’s ongoing redevelopment renaissance; and the American Bible Society on construction of the Faith & Liberty Discovery Center on Independence Mall. 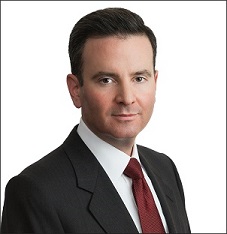 This zoning and land use lawyer has been involved in many crucial projects across the city, including: representing Alterra Property Group in three projects: transformation of an entire city block at 2100 South St. to multifamily housing and a mix of highly desired retail/commercial uses at ground level, a 140-unit residential tower at 4125 Chestnut St., and the conversion of a functionally obsolete parking garage structure at 414 S. 16th St. into multifamily housing. A new client is New York-based Pantzer Properties, which has been investing in Philadelphia projects such as The Sansom (an eight-story multifamily building at 1605 Sansom St., between the Hotel Palomar and the Oakwood Apartments), and 6100 City Ave. – The Point at City Line. He has also represented: Baly for a project on Frankford Avenue in Fishtown that will result in an Eastern European-style restaurant, bar, dinner theater and cultural center; a group of Israeli investors in securing historic tax credits funding and zoning approval for 50 units of housing at 1401 Germantown Ave.; the redevelopment of Bimbo Bakeries USA’s Norristown bakery plant; assisting Jason Nusbaum of City Living in converting a parking garage structure at 22nd and Pine in the Fitler Square neighborhood into an early-childhood education facility; and the Kennedy House on JFK Boulevard in its conversion from a traditional co-op structure to an open-market rate structure.